Get Your Queries Under Control (Part 1: Query Aging) 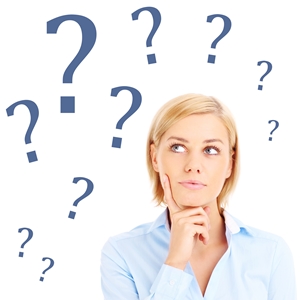 Getting to “no further questions” can seem like an endless task

We may all face death and taxes, as Ben Franklin quipped, but data managers are most certainly guaranteed yet a third inconvenience: queries. As long as human beings play a role in data capture, some fraction of this data will defy either explicit validation rules, common sense, or both. These entries, when left unresolved, not only create more work for monitors and coordinators, but they delay interim and final locks. And time added to a trial is cost added to a trial.

As dispiriting as this sounds, data managers employing EDC enjoy tremendous advantages in “query control” over their paper-using peers. Paper doesn’t support real-time edit checks, our most effective vaccine in the primary prevention of queries. Neither does paper allow for real-time reporting on the status of our queries. That reporting is crucial in any effort to close existing queries, reduce the number of queries triggered in the future, and shorten the amount of time queries remain open.

By itself, a long list of open queries won’t signal alarming query trends. For that, metrics are required. In a series of posts starting with this one, I’d like to offer guidance on those metrics.

You are a data manager in a study of adults with diabetes. On Monday, a coordinator at one of your sites submits a form indicating a patient weighed in at 15 lbs. Imagine that a query was opened that same day, whether automatically by the EDC system or manually through your own vigilance. The clock is now ticking: how long will it take for the coordinator to correct the data point?

In actual studies, there are dozens or hundreds or even thousands of such clocks ticking away. Some queries may be just hours old, while others could be months old (help!). Eventually, all of them will need to get to close in order for database lock to occur. The key to locking on time is to effectively manage, from the very start, both the overall number of open queries and the proportion of open queries that are old.

Why does age matter?

The further an open query recedes into the past, the more difficult it becomes to resolve, as new patients and new tasks push the issue further down on the coordinator’s to do list. Clinicians involved in the original assessment may depart or find their memories of the relevant event fading. We let queries linger at our own risk.

Long, complex studies enrolling hundreds of patients can easily generate thousands of queries. While each open query will have its own origin date, defining age brackets can help you characterize the distribution of their ages. Age brackets are ranges set by a lower limit and upper limit, most commonly expressed in days; 0 to 7 days is one example of a bracket, 8 to 14 days is another. Age brackets must cover, without any overlaps, all possible ages of an open query. Therefore, the first bracket always begins with 0 days open, to accommodate the newest queries, while the last bracket will specify no upper limit at all.

Many EDC systems default to a specific set of brackets (usually 4 or 5) in grouping a study’s open queries. For example, an EDC might group all open queries generated less than 8 days ago into the first bracket, and all open queries generated between 8 and 14 days ago into the second bracket. But these dividing lines do not represent universal constants. You are free to set your own lower and upper limits on your brackets, and you should do so based on the event schedule of your study.

Who are you calling “old”?!

What makes study-specific bracket delimitation a best practice? When it comes to open queries, young and old aren’t just relative to one another, but to the amount of time between consecutive visits. If a query from a patient’s first visit isn’t resolved by her second visit, queries generated by that second visit will push the earlier one (psychologically, administratively) into more precarious territory. By way of analogy, you are much more likely to give prompt, accurate answers to questions about your commute from this morning than to questions about your commute yesterday.

You will never completely prevent query “backlogs” from arising in your studies. But you can put in place one preventative measure based on the idea above. First, identify the shortest span of time between any two consecutive visits in your study. (You can dispense with any outliers; e.g. visits that are just two days apart.) Call that shortest span n days. Now, set your query brackets as follows:

Suppose, for example, that the shortest interval between visits in your study is 14 days. You would then structure your brackets as follows:

Now that you’ve set your brackets, announce them to your colleagues and your sites. Let them know that effective data management for your study means keeping the proportion of open queries in each of these brackets steady:

By holding yourself and sites accountable to keeping roughly 2/3rds of your open queries in the first two brackets, you limit the number of queries falling into older brackets, where resolution becomes more difficult due to the passage of time.

There’s a word to describe a goal that doesn’t have a reward tied to its achievement, or a sanction to its failure: a hope. Below are some methods for igniting a sense of urgency in your sites with open queries.

In this way, you are recognizing the continuously conscientious sites along with those striving to improve.

Effective data management requires discipline from you, your monitors, and your sites, but the effort is well worth it. Interim and final locks that occur on time save all trial stakeholders from a lot of anxiety and frustration. A single open query may not seem like an impediment to clean study data overall, and indeed they are inevitable and understandable. But every day a query remains open contributes to a delay that’s felt most acutely by the patients you and your sites are working so hard to help.