In a previous article, we describe how we at Geneuity Clinical Research Services exploit OpenClinica’s new web services feature to automate the entry of lab data keyed to accession numbers. Here, we describe more fully how and why we use MirthConnect.

Started in 2006, MirthConnect is an open source project sponsored by the Mirth Corporation of Irvine, CA. It is middleware designed to transform, route and deliver data. It supports HL7, X12, XML, DICOM, EDI, NCPDP and plain old delimited text. It can route via MLLP, TCP/IP, HTTP, files, databases, S/FTP, Email, JMS, Web Services, PDF/RTF Documents and custom Java/JavaScript. MirthConnect has been likened to a Swiss army knife and justifiably so.

Channels are the heart and soul of a MirthConnect installation. A channel is user defined and has a source and a destination. A source may be a flat file residing on a remote server or a web service call or a database query or even another channel—whatever you like, it doesn’t matter. A destination may be to write a PDF document, email somebody an attachment or enter data into a database. Again, whatever!

To illustrate, say you want to poll a database and generate a weekly report. No sweat! Using MirthConnect’s easy-to-use drag-and-drop template-based editor, define a channel with a database reader as a source, and a document writer as a destination, fill in details like user names, passwords and machine names, define which database fields you want to retrieve and how you want to display the data, and you’re done! MirthConnect’s daemon handles the rest based on your channel’s configuration.

Once defined, a channel can be exported as XML for later import into another MirthConnect installation. This is all done with the point and a click of a mouse.

At Geneuity, we use MirthConnect to get data in and out of OpenClinica. Originally, we used custom JAVA code to do this. But once we found MirthConnect, we quickly realized we were reinventing the wheel. Why do that?

Here’s a concrete example. Consider the very simple CRF from a mock OpenClinica installation shown in Figure 1. It has three groups of items: accessioning, results and reportage. When a specimen arrives at Geneuity, the lab tech looks up the patient and event pairing in the subject matrix as specified by the requisition and types into the CRF the accession number, the receipt date and any shipping deviations. This is done by hand and is indicated as step 1 of Figure 2.

Then, as shown in step 2 of Figure 2, the tech tests the specimen at the testing platform. In step 3, the platform spits out the data whereupon a collection of MirthConnect channels operating in tandem parses the results, transforms them into SOAP messages and sends them to the EventDataInsertEndpoint web service feature of OpenClinica for upload into the CRF fields designated ‘Assay date’ and ‘Analyte concentration’.

After the tech reviews the data and marks it complete, another collection of channels polls the database for results newly marked complete, generates and delivers PDF reports of the corresponding data (step 4) and then reports back to OpenClinica (step 5) via EventDataInsert the details of the reportage, including status, time and any errors (see the third and last item grouping labeled ‘REPORTAGE’ in Figure 1).

The scenario outlined above requires NO CUSTOM CODE beyond the channel configurations and these are encapsulated and standardized by design. As such, you don’t need an army of coders on staff to develop and maintain them.

Both OpenClinica and MirthConnect are great as standalone products. Linked together, however, they really sizzle. 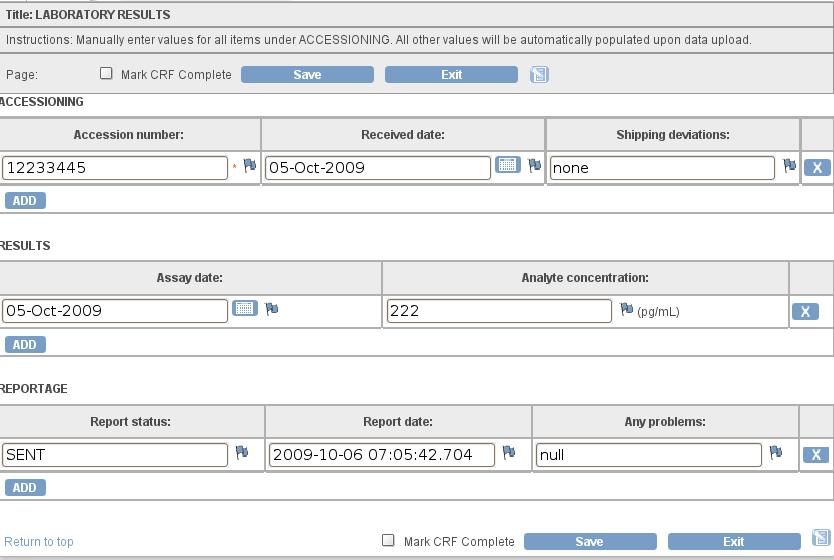 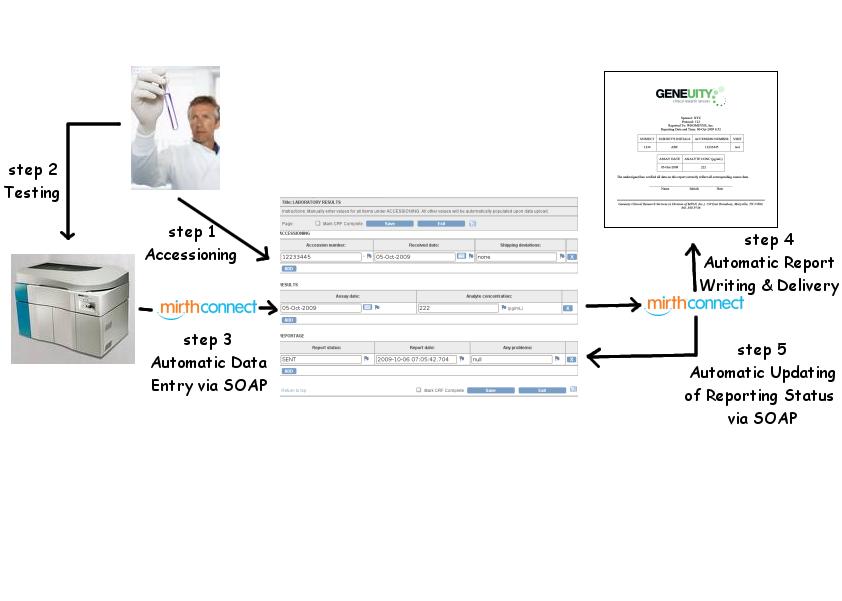 We’ve blogged about ePRO form design and the power of real-time calculation previously. Today we invite you to...
Read More

Want to maximize data quality and speed? Focus on your forms. From layout to item order, skip logic to edit checks,...
Read More

Our quest for frictionless, electronic patient reported outcomes (ePRO) data capture has us looking for novel ways to...
Read More