The Fundamentals of Electronic Data Capture 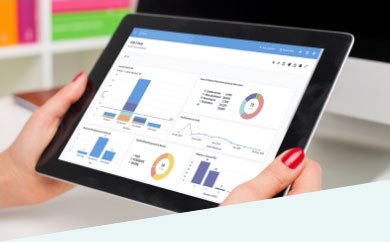 Electronic Data Capture (EDC is the medical abbreviation) is admittedly a fairly generic sounding term, but in the clinical trials field it actually means something fairly specific: using systems to collect clinical trial data in electronic form as opposed to paper form.

At OpenClinica, we are immersed in EDC all day, every day. However it’s important to recognize that many participants in the field of clinical trials are still just getting their feet wet with EDC. So, here’s a primer on the fundamentals of EDC.

What is an electronic data capture system?

Modern electronic data capture software is typically web-based and utilizes a thin client. Web-based means that the software runs entirely on a Web server (think Google.com), and thin client means that the only tool you need is an ordinary web browser (without any cumbersome plug-ins) connected to the internet in order to access and utilize the EDC software (again, think Google.com).

Clinical trial data may be captured electronically at its source (called e-source), or in paper form and later transcribed into the EDC system.

What is electronic data capture used for?

Today, the majority of clinical trials being initiated use electronic data capture software. There are three primary categories of EDC software users: sites, sponsors, and CROs:

In addition to the above types of EDC users, study patients may also contribute data to the EDC system, either directly through a specialized role in the software, or via a separate device and/or application that transmits data to the EDC system. The practice of patients entering data is called ePRO (electronic patient reported outcomes).

Why use electronic data capture software?

Today, the majority of new clinical trials use electronic data capture software. Some of the common motivations for using EDC include:

Each of the above reasons for using EDC addresses issues of efficiency and productivity, and can therefore also reduce the cost of clinical trials.

What is the difference between EDC and eCRF?

There is a difference between EDC and eCRF. Electronic data capture, EDC, is a software used for collecting clinical trial data. An electronic case report form, or eCRF, is a digital (usually web-based) questionnaire for collecting data about a study participant. eCRFs live inside the EDC, enabling clinical data managers and other clinical research stakeholders to collect better data, faster.

What is the difference between CDMS and CTMS?

CDMS and CTMS are different. CDMS, or a Clinical Data Management System, is a solution used by pharmaceutical and biotechnology companies for clinical data management during a clinical trial. An EDC, or Electronic Data Capture system, is similar to a CDMS because both are used to collect, store, and analyze participant data. A CTMS or Clinical Trial Management System is used for operational efficiency during a clinical trial. For example, storing clinical trial project management documents, tracking deadlines and milestones, and centralized billing processes.

In the 1990s electronic data capture was referred to “remote data capture” (RDC). Compared to today’s technologies, these systems were quite archaic, often built an a client-server architecture involving a thick that sometimes took the form of a specialized device, as opposed to an every-day PC. These systems were essentially data “silos” that had no easily ability to interchange their data with other systems.

Today, the integration of EDC software with other types of software in the eClinical spectrum (randomization, supply management, adverse event reporting, coding, submissions, etc.) systems is increasingly feasible and beneficial. The ability to quickly and reliably import electronic data from other sources (such as lab reports, imaging data sources, and electronic health records) is also becoming commonplace. The rise of open source EDC software and independent standards for characterizing and sharing data (like CDISC) are key enablers towards accelerating the productivity and decreasing the cost and burden associated with clinical trials.